Rechoice every bit this friendship day -with cupcakes by Tauby’s, Just like Rashmi and Siya did.

The idea of friendship changes as we grow older. During the early years, just meeting in school daily would form a strong friendship. But as people grow older, the dynamics change leading to different definitions of friendship.

It is true though that the love and care at the core remains the same through the tides of time.

One such story is of Rashmi. She had a best friend named Siya since they were school going kids. As the time passed, situations drifted them apart. Many rifts related to time, care and questions on love for friendship started to come up. Rashmi once decided to think deeply on the matter as the bond she had with Siya was highly precious to her. She did some introspection and discovered that only the distance was making it all hard for them, but at the core they both cared deeply about each other. She dwelled on the nostalgia of their memories, such as playing with kitchen sets and making weirdest recipes, riding their favorite slide together, laughing on random strangers, crying together and most of all being with each other through every tough time.

To mend things up and make them better, she decided to take a trip back to her hometown, Nagpur, on friendship day. As Siya was already going to be there, she planned to surprise her. She knew that nothing would do more wonders than desserts from their favorite childhood – Tauby’s. She picked cupcakes, a chocolate silk cake from the Nagpur Bakery. The Bakery had now changed so much, and visiting it brought back all kinds of memories.

Siya was taken aback to see Rashmi. She hugged her and even cried a few tears of happiness. They talked all night and ate the best cupcakes ever. It was an unforgettable friendship day for both of them. 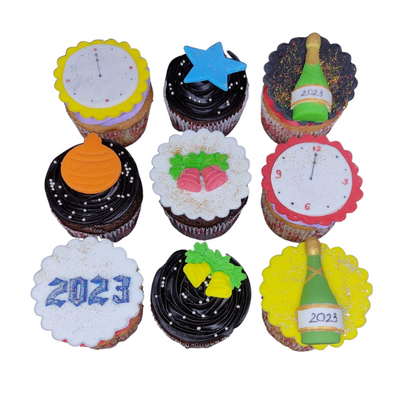