There have been many forms of literature on mother’s love but a father’s love is usually less spoken about.

It was a fine Sunday morning with the sunlight falling on the beautiful face of Sameera. Her alarm rang, and she woke up, a bit startled. The minute she got up and checked the calendar, she jumped in excitement. It was a celebratory event.

It was Father’s Day.

She was elated and ran to wish her father. As usual, Mr. Sharma just smiled and expressed his thanks.

Sameera had plans for the day. She had ordered a cake for her father, and she was very excited for the evening.

In the evening, they all celebrated and even her father bought Sameera’s favorite street food. Even though it was “Father’s day”, he made it special for Sameera. They all had a great dinner and a great time.

When she was just about to go to bed, Sameera saw a message on her father’s phone from a bakery, asking if he was happy with their service.

She was a bit confused.

She looked into the matter because the cake was basically ordered by her and that too from some other bakery. She found out that the cake she had ordered was cancelled by the other bakery and the cancellation was received by her father when she was taking a shower. Her father had asked the details of the cake – it was a dark forest cake with “my superhero” to be written on it. He had approached another bakery immediately, told them the details and got the cake delivered. He didn’t want to see his daughter upset. He ensured the cake and Sameera’s smiles were very much there!

Fathers don’t explicitly say “I love you” or “thank you” to their children, but definitely they have their back when they need. And that’s their expression of love.

Let’s celebrate our heroes, our fathers. 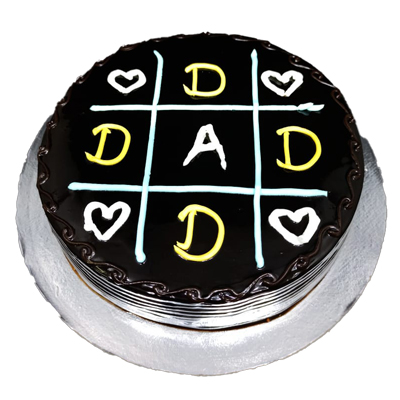